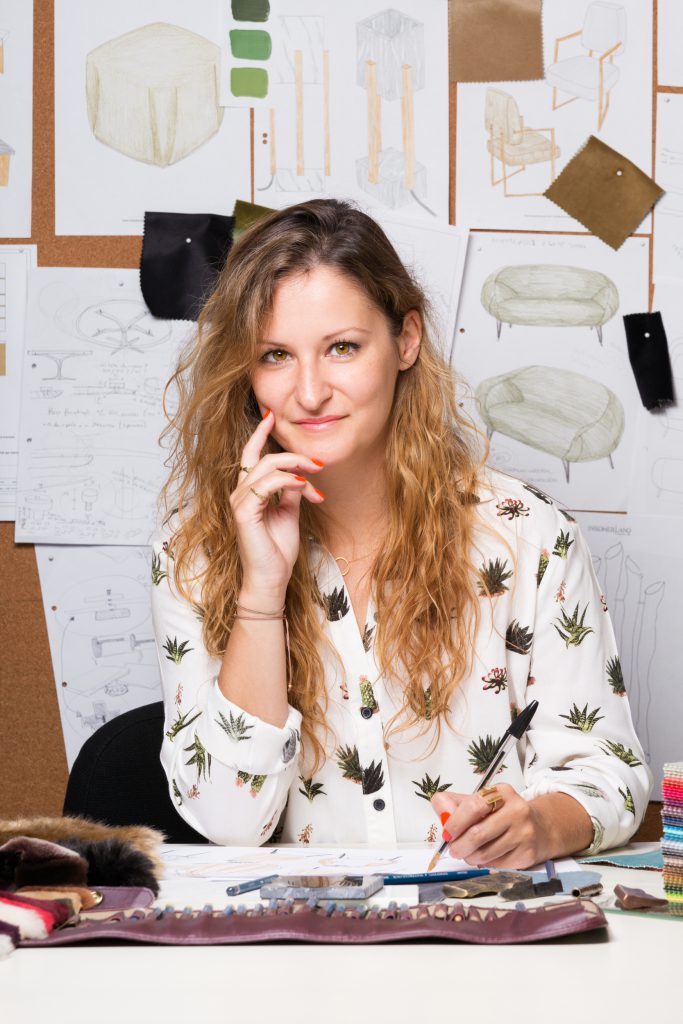 Created by Joana Santos Barbosa, InsidherLand is a Portuguese designer brand. Tell us a bit about the creation of the brand.

Having graduated in Architecture from the Faculty of Porto and having started my career in that area, Design existed for a few years only at the drawing level. Later, and after three years of study and the creation of a work team, I launched InsidherLand, my brand of author design that celebrates this year its first decade.

I have always felt the need to be the “prow” of a project of my own, in which I had total freedom to express my DNA. InsidherLand is an extension of who I am, in an impossible dissociation between the person and the creative. It is a place that welcomes the public, letting them understand the concept that motivates the creation of each piece, something that transcends the creation of a merely functional object.

Since the first international presentation at Maison&Objet in Paris in 2013, my work has been sold almost entirely to international markets. Currently, more than 95% of the production has already been exported to more than 40 countries spread over the five continents.

What is Insidherland’s concept today? How is it presented in the market?

InsidherLand is a place that allows me to create art pieces with function. Presented in the international market as a brand of authorial design, all the pieces are exclusively designed by me, having as a creative base a message that I want to pass.

Under the concept of “relaxed sophistication” I present two collections that complement each other. Beyond Memory is made up of pieces based on nature, legends and native cultures, and Identity has pieces that result from artistic influences from my background in architecture, art and music.

Designed by you, what do you seek to create and convey with the Insidherland products?

At InsidherLand, my priority is the honesty of the narrative. To do so, I try to make known the concepts that originate each piece and, in this way, I have reached an audience that, besides appreciating the high quality of Made in Portugal, recognizes the added value and uniqueness intrinsic to my design.

What inspires you on a daily basis?

The creative process is always intuitive and results from my memories and places that I value. The birth of a new piece can result from a landscape, a building, or simply a small detail that captures my attention. Conversely, it can also be a process that revisits an old memory. In both situations, when a new idea appears, it automatically materializes in the mind with its form and function without the need for rational intervention on my part.

For example, the Arizona mirror is a reference to ‘The Wave’, a unique rock formation in the United States. I have known that landscape for many years, and yet one day I saw a photograph of that place at a certain angle that ‘sparked’ an immediate interpretation. The curves of the Arizona mirror were defined right from the first skim, and the whole creative process was almost reduced to a gesture. 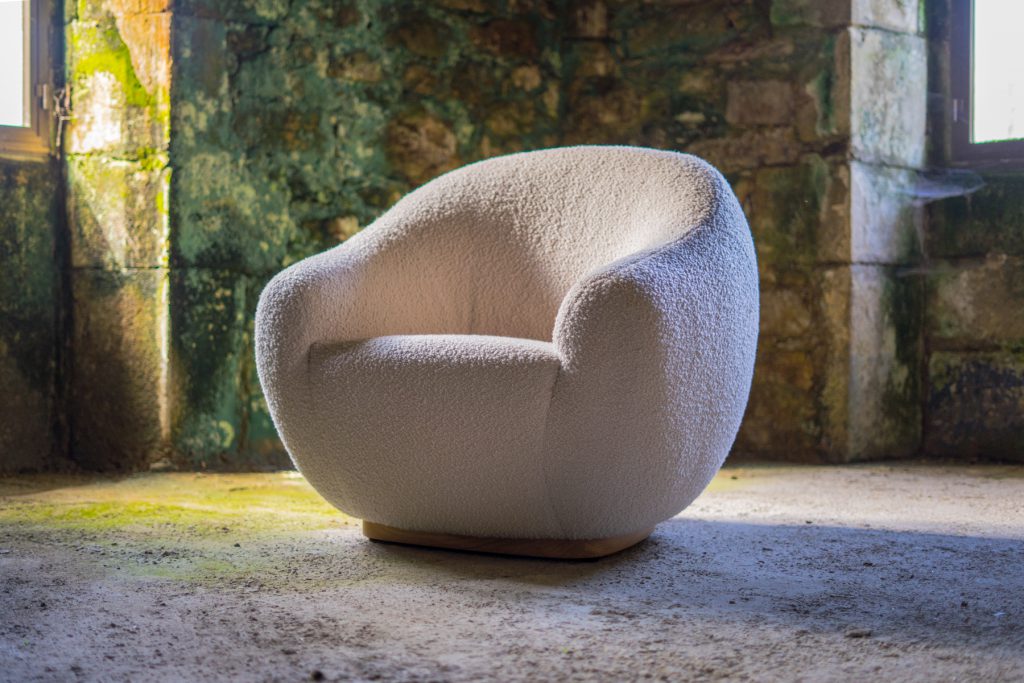 The Niemeyer II armchair won the Gold Design Award in the Furniture Design category at the A’Design Award Competition, one of the largest and most influential design awards in the world. Tell us a little more about this piece.

The Niemeyer II is a Statement Piece with modernist influences. The rounded forms of the armchair recreate architectural details found in the Casa das Canoas designed by Brazilian architect Oscar Niemeyer.

The upholstery is performed in a special bouclé, which welcomes people into a gentle embrace.

What does this worldwide distinction mean to you, and to the brand?

For me, awards are engines for reflection and internal growth. I have walked a path in design that is characterized a bit by creative “solitude”, in the sense that I have always felt like an outsider because I have my own path and have little connection to pure and hard Design.

I feel very happy to realize that not only do I love what I put into the world and that InsidherLand’s customers love the pieces they buy, but also to have the opportunity to come to Portugal with an award and take it to the studio and factories so that all people involved in production have the opportunity to feel the appreciation of their work for this distinction. I confess that my team celebrates the awards with much more enthusiasm than I do. It is good to feel that we are one big family because without them I would be nobody.