A new way of climbing 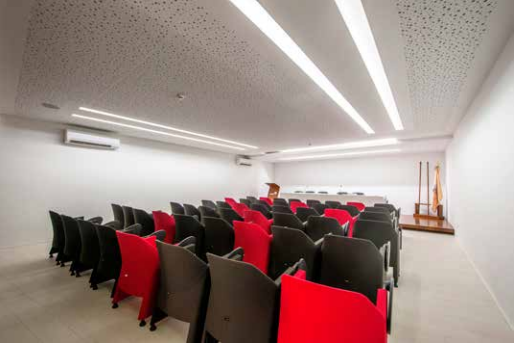 The architecture office Risco Singular transports us to Barcelos, to Edifício da Sede Social dos Amigos da Montanha and shows us a broadly renovated space for both work and leisure. Check it out with us.

The project was structured according to two lines of thought: one that represents the historical context of the place, and other that focuses on the reutilization of the space having in mind the dynamic functionality of Amigos da Montanha. The building, which was already decaying before the project started, holds a set of memories in which the most recent are exposed in white and the older are revealed in the granite, creating a chromatic that conveys a sense of tranquility. The architectural structure of the building was designed around a central climbing wall which portrays the essence of the space and of the group of people who work there.