Public figures, politicians, palaces and even one of the world’s most influential designers have chosen the talent of the Portuguese decorator 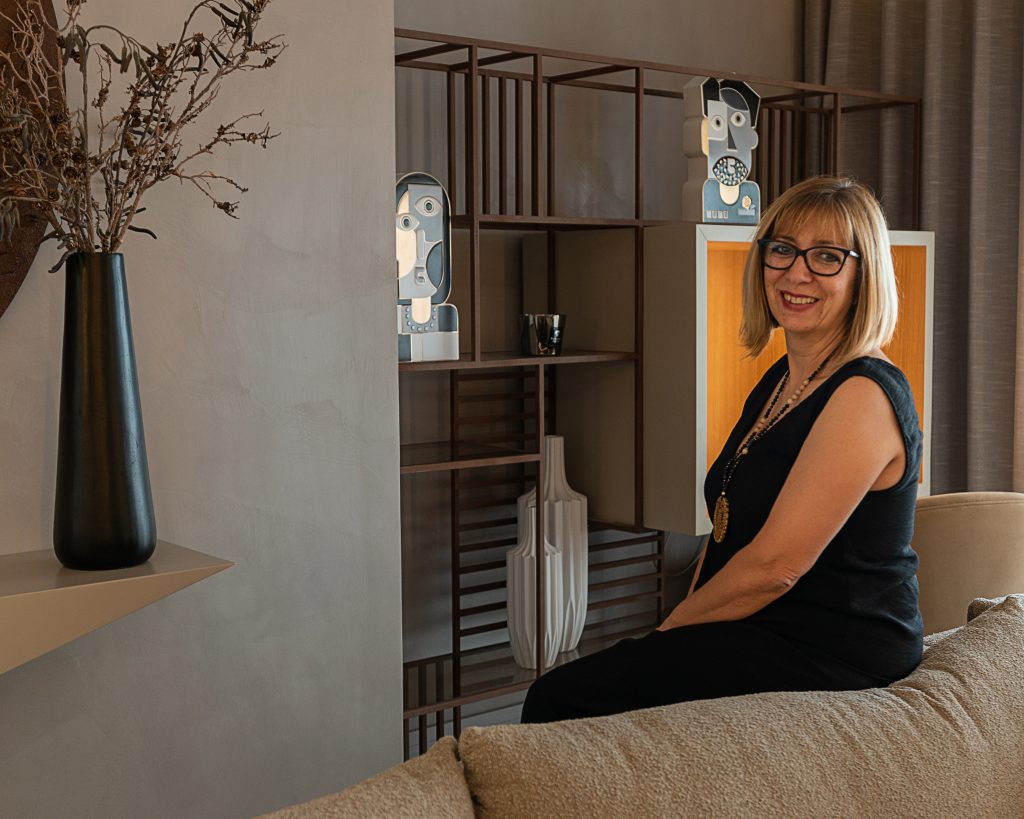 Ana Borges, Interior Decorator and founder of the Portuguese company of architecture and decoration, Ana Borges Interiores, celebrates next November, 25 years of a successful story, written in feminine style.

Born in São Pedro de Penaferrim, in Sintra, at the age of 33 and at a time when in Portugal being a woman entrepreneur was still particularly challenging, the Historical Sciences graduate, specialized in Art History, decides to turn her passion for decoration into business. Ana Borges, all by herself, founded her own atelier.

According to the interior decorator, “The total dedication, the bet on national manufacturing and talent, the demand on the quality of detail, the scrupulous fulfillment of deadlines and, mainly, the care of never overlapping my ego to the wishes and needs of those who seek me have been the secret to a consolidated growth”, which allows her to develop projects for public and private entities in Portugal, France, Monaco, England, Holland and Angola.

Ana Borges adds, “As a woman of causes and an entrepreneur, I am proud to have created a team composed mostly of women of different ages and nationalities. Together, we have built a business that already has a past but, simultaneously, a constant and attentive look and intervention in the future, increasingly assured by my daughter, Marta Borges, an interior architect”.

Coming from all continents, from private individuals to public figures who choose Portugal to live or spend their vacations, the projects Ana Borges has already realized are countless.

When asked about the project she would highlight to represent the 25 years dedicated to her passion, Ana Borges mentions, “The total remodeling of a 3 bedroom apartment, on a 10th floor, overlooking the sea, in Cascais.

The clients, foreigners, are in love with Portugal and the goal is to use the house as a vacation home. They opted for a modern style that would highlight the various paintings and works of art that decorate the house and that evoke iconic Portuguese images.

The main particularities of this project are the high degree of customization of the work and respective decoration. To highlight, the integral coating of the walls and ceilings with micro cement, with inlaid led strips; the use of natural stones, such as Seqouia Brown or Fusion Wow Quartzite; the large number of custom-made furniture pieces and the paintings, done by a Portuguese painter, with iconic national images.

The sofa, the living room table, the armchairs, the stools, the installation created specifically to adorn the entrance wall, the laths and the back lit mirrors were specifically designed by our team for the apartment and manufactured by national partners.

The upholstered beds were designed by us, as well as the customization of all the textiles.

Many of the decorative pieces are unique, like the blown glass lamps, created in Marinha Grande, which illuminate the bar.

Also worth mentioning are the details in the sanitary installations, where the cuts always respect the stone pattern, a detail that is visible especially in the shower niches, the faucet embedded in the mirror and the sinks made of natural stone.

The talent and dedication of all national partners – many of them have been with us for more than two decades – was crucial for us to achieve the high level of customization, detail and quality demanded by the clients, who wanted to bring to the space what is best made in Portugal”.

For the future, Ana Borges Interiores intends to continue to be a respected brand in the world of architecture and interior design – in Portugal and abroad – and reach new markets guided by the values that have characterized the company for 25 years.