A n ew HQ for Fabbian, the historic lighting company rooted i n the Veneto and distributed worldwide 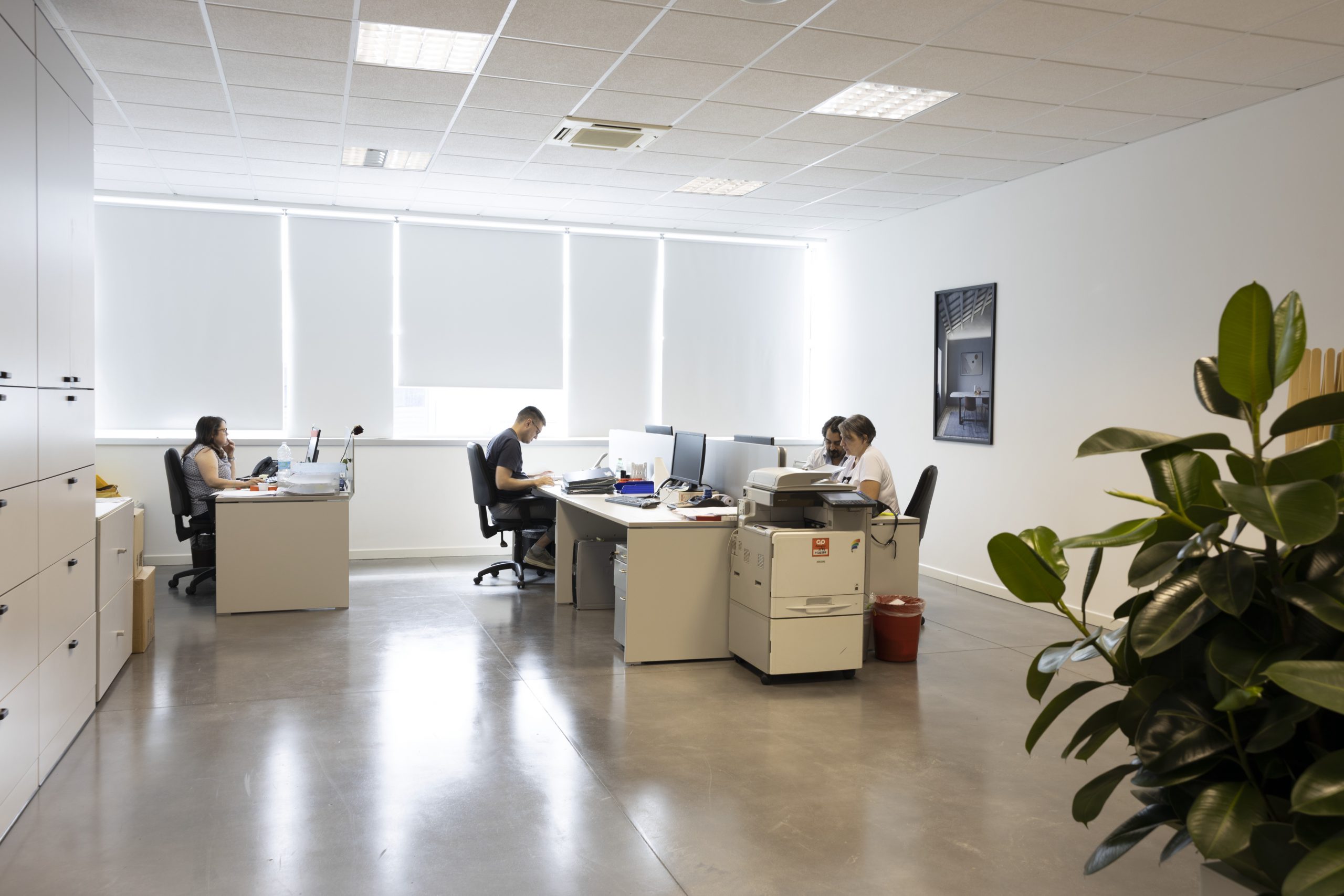 Vedelago (TV) June 2022 _for Fabbian, a company whose past is rooted in tradition, a new story was written in May 2018when it was officially acquired by Luca Pellegrino, who became its new owner and immediately set about laying the foundations of a dynamic vision for the business, enriching it with new entrepreneurial projects and converting all its products to LED technology for low energy consumption and low environmental impact, combining design with a commitment to sustainability.

Following the implementation of that big change, the constant growth of the company turnover, and the increasing size of its workforce, led to the decision to identify a new operational headquarters that could better support the development needs of the brand. In June 2022thecompanyrelocatedto Vedelago, still in the Treviso area because the link with the local territory is a strategic strength for Fabbian. Now situated at no 32 ViaVicenzaoverlookingthe Vicenza-Trevisoarterialroad, an important regional artery, a simple, modern, more functional building contains a large retail store along with the company offices and all the manufacturing facilities, for a total internal floor area of 3,250 sq.m and with ample external parking.

Luca Pellegrinosays” although when I acquired it the company was in difficulty, I had always believed in it because of its great but as yet unexpressed potential. Ididmybest to complete the changeover in a spirit of respecting and caring for people and fully respecting the corporate identity of a company that was founded in 1961andthathasalwaysbeenlinkedto the local area. And now, considering that our turnover has increased from € 5.7 million in 2020 to € 8.1 million in 2021, this has paid off and our expectations in 2022 are excellent. Today we are ready to invest in new resources; there are37 of us here atVedelago, plusour5 employees based in the US. This new headquarters was an obligatory step that has enabled us to optimise the production cycle and give our people the space they need to carry out their tasks in optimal ways.” He continues”the key to our success is our philosophy: we rely on local suppliers who are knowledgeable about the materials we use for our lighting fittings, primarily glass and we also draw on knowledge more widely across Italy. This commitment leads to the success to which we all contribute”.

Fabbian is now ready to face its commitments for the coming months: the company will present in September at London Design Week 2022 and is working on the many innovations it will be presenting in April 2023 at the Salone del Mobile (Euroluce) in Milan. Maintaining a careful, cautious approach, it is also aiming to strengthen foreign markets, particularly in the Arab countries, where Fabbian light fittings are highly appreciated.

The ribbon cutting ceremony took place on 18 June in the presence of:

Gianpiero Possamai – a Councillor of the Veneto Regional Government

Before the ribbon was cut Elena Favero, the ExportManager of Fabbian, took the floor. After the customary greetings and thanks, she said “we are honored and proud to be able to share with you the emotion of having received a message of congratulations and greetings from the President of the Republic Sergio Mattarella, from prime MinisterDraghi, and from the President of the Regional GovernmentLuca Zaia.”

She then handed over to Luca Pellegrino who thanked the Fabbian employees “… for the magic trick you have accomplished in the past few days: relocating our headquarters in a very short time, in an operation that called on everyone to play their part. Beginning from a completely empty space, we have reinstalled the whole company at full operational efficiency.” He also thanked all the suppliers who support Fabbian every day and the authorities who we represent to formalise the official opening of the new premises.

The ribbon was cut by Federica Pellegriniandtherepresentatives of the authorities congratulated the company for having taken the step of taking the initiative and relaunching itself with a new headquarters. Everyone expressed their best wishes for many future projects.