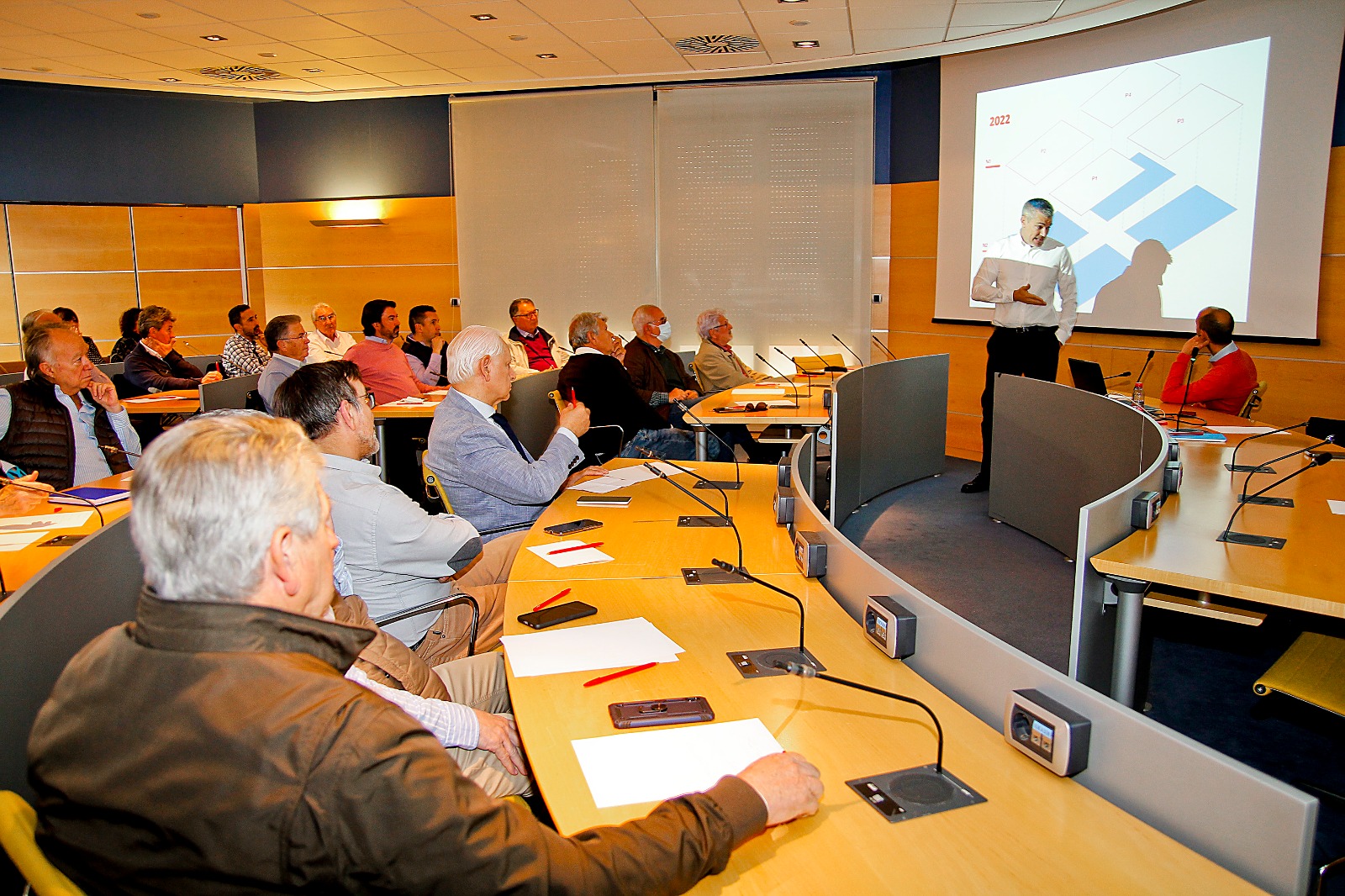 The contest brings together more than fifty members at a work table around the next edition of a Habitat that promises.
“It will be the first international fair that still exceeds the numbers recorded before the pandemic”, points out the COAC itself (Official Association of Commercial Agents of Valencia).
The Valencia fair was the scene of a meeting between a technical team from Feria Habitat Valencia and a good number of commercial agents belonging to the Official Association of Commercial Agents of Valencia. The objective was to disclose at first hand the perspectives of the event, which will be held from September 20th to 23rd, and before a very important professional group for Habitat.
The day brought together more than fifty commercial agents specialized in the furniture sector. In it, the director of Feria Habitat Valencia, Daniel Marco, was in charge of detailing all the news of an event that aims to exceed 60,000 square meters of exhibition, even surpassing the numbers of previous editions to the pandemic.
Precisely in this sense, the secretary of the COAC, José Francisco Orero, recognized the “optimism” that the next celebration of a Habitat arouses in the group, admitting that “this year will be a milestone among the fairs of the sector because it will be the first international fair of the furniture sector that will even surpass the numbers recorded before the pandemic.

“The sector’s reference fair in Spain”
In this sense, Orero highlighted the “desire for a reunion” that exists among all professional groups in the sector – manufacturers, commerce or commercial agents, “after three years of the last celebration of Habitat”, something that “is being noticed among those who are in this sector as expectations are very high.” Commercial agents, in this sense, do not hesitate to describe that Habitat has already become “the reference fair in the sector in Spain, as will be seen next September at Feria Habitat Valencia ”.
For Feria Habitat Valencia, the group of commercial agents is a key part, as they position themselves as a preferred group of visitors and act as a transmission belt between the manufacturer – exhibitor and the trader – visitor. Commercial agents thus become one of the most active prescribers of fairs, as the revitalization of the fair business also implies a reactivation of commercial transactions between all the links that the furniture sector supposes in our country.
Feria Habitat Valencia is the main habitat fair ‘made in Spain’ and has already positioned itself as the most representative, international and influential event in the sector in our country, with an extensive showcase of furniture, lighting, decoration, upholstery and rest. In its last edition, it received a total of 32,796 professional visitors, 15% of which came from 70 countries.