During the pandemic period, Antarte adjusted strategies and managed to not only keep the company working without resorting to lay-offs, but also increased the turnover of its online store by 300%, created stock for the 5 new stores to open this year and launched 3 new collections.

The Portuguese furniture company Antarte has faced these pandemic times in a consistent and positive way, having even registered an increase in online invoicing by 300% when compared to the same period of the previous year. Without resorting to the lay-off and adjusting its commercial strategies, Antarte maintains plans to open 5 more stores later this year and to renew its new website.

Aware of the difficulties but committed to overcoming them, Antarte activated its contingency plan shortly after the first recommendations of the DGS, reaching an agreement with employees so that divided into two teams there would always be a prevention team every 15 days, the which allowed the company to be working 100% in just one month without resorting to lay-off or any dismissal.

With physical stores closed, it was necessary to find ways to continue reaching their customers and the constant update of their online store was one of the main concerns of the brand that will update its website and launch an App later this year.

For Mário Rocha, CEO of Antarte, “despite the difficulties, this was a phase in which we had to listen and understand the needs of the market in order to be able to adjust our strategies effectively. Fortunately, we managed to reinvent ourselves and realize that the bet at this point was to pay more attention to our online store and take the opportunity to prepare for the future. It seems to us that it was the right step, taking into account the results obtained. »

In addition to the online bet, Antarte took advantage of this phase to work on 3 new collections – The Hague, Venice and Geneve – which are already available online and in physical stores. In addition, it was also time to produce stock for the 5 new stores planned to open this year, the first of which will open this month in Santa Maria da Feira, and the rest will open until the end of the year in Leça da Palmeira which it will be a Feng Shui Concept, in Guimarães, Lisbon and the Factory store.

Aware of the importance of its role in society and the need to help combat Covid-19, Antarte also donated 100 beds to the Municipality of Crato, in an action that aimed to help provide the Municipal Reception Center with the necessary conditions to face the pandemic, at a difficult time for everyone. 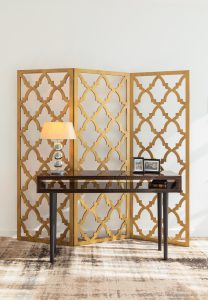 Antarte was born in 2000 as a company dedicated to antiques and art, namely the restoration of old pieces and the commercialization of pieces of furniture marked by a more classic style. It was these two areas of intervention that later determined the creation and designation of the brand itself, whose name resulted from the fusion of “antiquity” with “art” – Antarte.

From that time on, the brand’s journey was made between the furniture and decoration sectors, as a result of market demands and customers, who were looking for modern products with Antarte quality.

Currently, Antarte is a leader in furniture and decoration trends in Portugal, with a network of 8 stores in Portugal, with 5 more planned to open by the end of 2020. In addition, it exports its products to various markets, with own stores in South Africa, Angola, Ghana, Morocco, São Tomé and Príncipe and, more recently, in Ivory Coast.

It should also be noted that Antarte was elected “Brand No. 1 of the Consumer Choice 2020” in the furniture and decoration sector, awarded by Consumer Choice. A distinction that aims to reward the brands that, during the year of 2019, which achieved levels of purchase satisfaction, intention, or recommendation.