Gato Preto launches the “Nature Connection” capsule collection, a distinctive and disruptive collection, exclusively developed by the brand’s design team, which celebrates, through design, the history of connection to nature.

The designs of the pieces are realistic, handmade, in a natural fusion between vegetation and animals. Nature assumes the main role of this collection, highlighting not only its importance in human life but also as an alert to its importance and the care that we must take in its preservation.

Each animal represented is associated with a word, which symbolizes a characteristic that humans have in common with animals, such as curiosities about them.

Horse – symbolizes power, strength, freedom, and nobility. It is considered one of the strongest land animals in the animal kingdom (in proportion to its weight), after the elephant. In addition, as it has a great memory, it is able to remember people, places, and situations, even after long periods of absence.

Deer – represents the connection of human beings with the gods, for having their majestic stems, which give them authority, as if wearing a crown. It also means regeneration, as their stems fall and are reborn every year, becoming longer and longer branched as they get older.

Wild Cat – means independence and balance. It is a nocturnal wild cat, considered a giant cat, as it can weigh up to 8 kg and measure up to 1.20 m in height. They are great climbers and spend most of their time on tree branches. Despite being the closest species to the domestic cat, it is in danger of extinction.

Wolf – represents loyalty and resilience. Despite his large size and strength, he also has very strong emotional ties, accepting to sacrifice his own life to protect his family. It is the closest animal to dogs, having existed from the Ice Age until today. Howls are the means of communication with your pack and can have the same effect as yawning; if one wolf howls, the other howls also in reflex.

Squirrel – a symbol of fun and practicality. He protects his food, burying it for the cold seasons, later remembering where they stayed, with his nose and his fine spatial memory. Some, to deceive the thieves who observe them, make false holes where they pretend to bury their food while keeping it in their mouths. It has a long tail that gives it balance, but it also protects from the rain, the cold and serves to communicate with other squirrels through vibrations.

Seal – is a symbol of the inner voice, as it reminds us of our connection to our deepest inner rhythms and our feelings. We can find this mammal diving through the polar waters of Antarctica, where they can hold their breath underwater for more than 15 minutes and swim over 300 meters deep. Furthermore, their nostrils have the peculiarity of closing automatically when diving or sleeping underwater.

Gavião – represents the skill, strength, and precision, but also the connection to the Sun, as it is believed that it can look at the sun directly, without suffering any damage. It has a very sharp vision, having up to 8 times more range of vision than a human being. This, together with the other birds of prey, are essential for the ecosystem as they help to clean up the environment, and are great at identifying environmental changes due to pollution and contamination because they only live in places with good environmental health.

The collection can be purchased in packs, with complete packaging and an elegant design, for you or as a gift. Inside each pack, you can find a booklet with all the details about the collection and the animals. Each page was developed in the form of a postcard that can be offered or used as a decoration inside a frame. 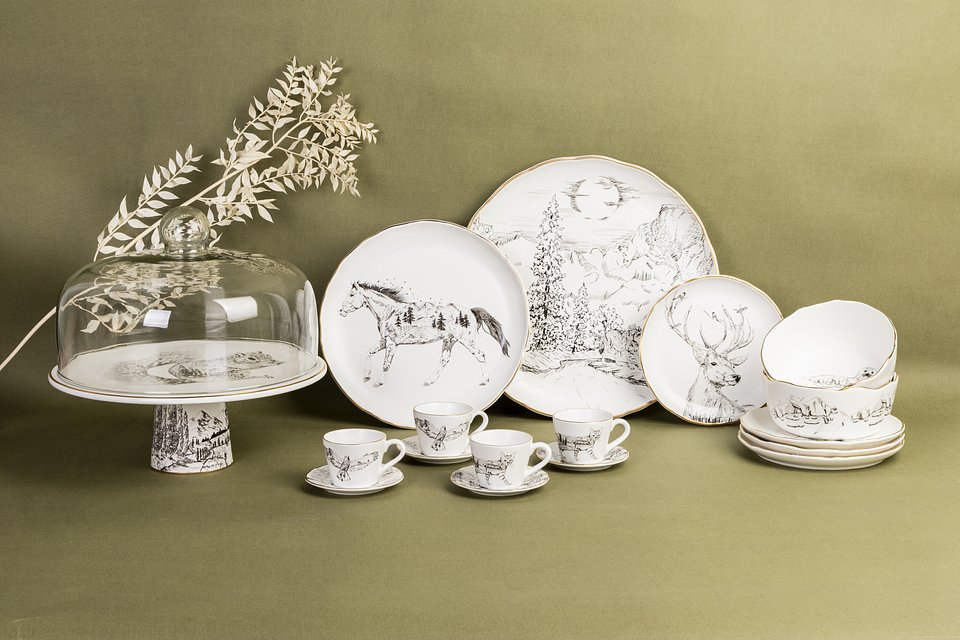