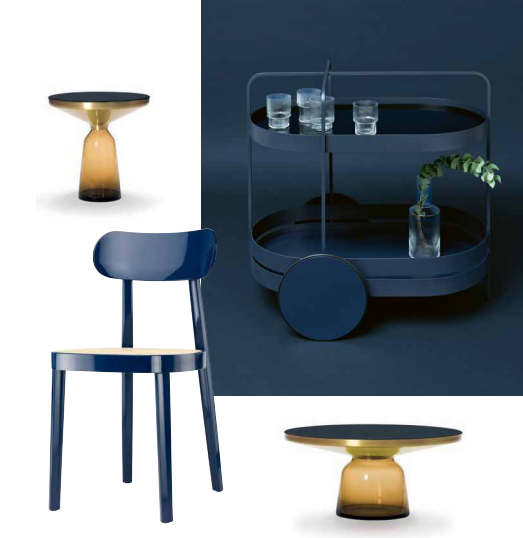 “It´s absolutely vital we revive all these traditional forms of craftsmanship before they get lost forever, as they´re an integral part of our cultural heritage”

At 37, German designer Sebastian Herkner, who trained at Offenbach University of Art and Design, is embarking on an ever-growing number of collaborations with international design houses such as Moroso, Dedon, Thonet and Lintello. Over the course of the past decade has received some thirty awards in recognition of his innovative yet traditional work. And Maison & Objet awarded him the designer of the year 2019. Since first setting up his studio in the Frankfurt suburb of Offenbach am Main back in 2006, Sebastian Herkner has unremittingly focused on creating designs that fuse tradition with creativity, new technology with craftsmanship. His unconditional love for traditional craftsmanship was what guided his first landmark design, the “Bell” table, whose steel and brass platter nestles on a hand-blown glass base produced in a centuries-old Bavarian glass factory. « It’s absolutely vital we revive all these traditional forms of craftsmanship before they get lost forever, as they’re an integral part of our cultural heritage » It is this very kind of craftsmanship that his designs regularly in-ter-twine with the most up-to-the-minute technology. Such was the case with the “118” chair (Thonet, 2018), which uses a mix of CNC milling and steam bending to fashion the wood. Hernker’s approach to design is both ethical and committed, imbuing the creative process with the same degree of impor-tance as the actual end product itself.